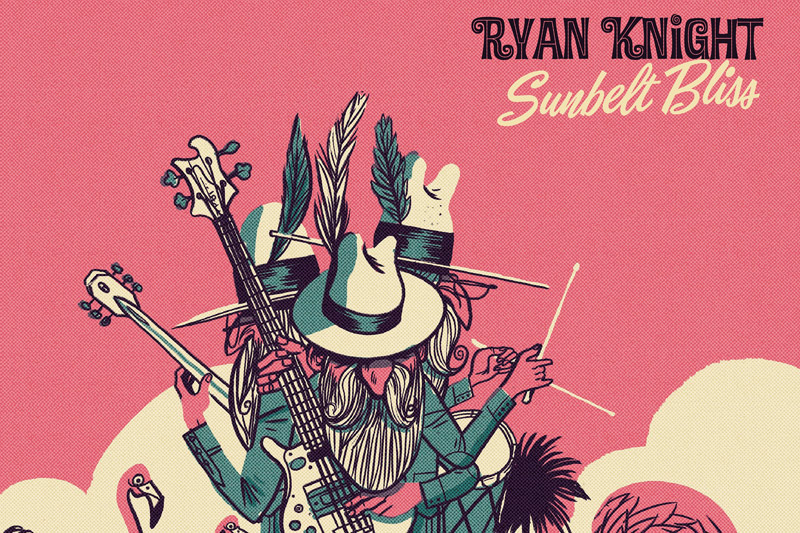 Ryan Knight displays the diversity of his guitar and songwriting skills with the release of Sunbelt Bliss. The album explores a sonic territory that differs from what might be expected of the former Black Dahlia Murder guitarist.

“A little over a year ago I tracked an album of 9 tunes with some great musicians/people in Atlanta, Ga. Co-produced with bassist Kevin Scott (Jimmy Herring Band, Wayne Krantz, FORQ), it was an arduous process, and much respect to those out there working on your own endeavors and seeing them through. Ultimately, I wanted to write some melodic, catchy tunes that were much different than anything else I’d been involved with in the past. The end result of that is Sunbelt Bliss." - Ryan Knight

‘Fatal Affairs’ was the last track written for “Sunbelt Bliss”. It has a dark, vibey feel to it, and it is definitely the oddest track on the album. This track also features my long-time friend Emil Werstler contributing an outro solo, and fans of his work with Verlorener (verlorener.com) will quickly notice the stamp he puts on the end of the song. This is one of my personal favorite moments of the whole album, and I hope you all enjoy it."

Listen to "Fatal Affairs" below:

Buy the new album on iTunes or Amazon.