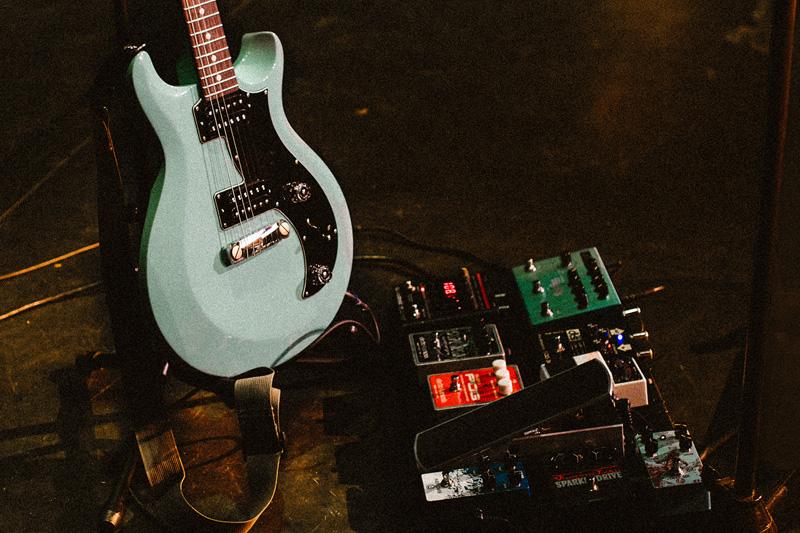 The PRS S2 Series was made for those who need a musical tool they can trust for gigging, writing, or beating the crap out of. Around the world, hundreds of artists are using S2 models on stages and on their albums, no matter the genre of music.

For this behind-the-scenes look at the S2 Series, we interviewed 5 professional touring musicians who each use their S2 guitars a bit differently, but still at the heart of their gigging rigs. Below, get an inside look at their favorite gear, greatest (and worst) moments on stage, their songwriting approach, and more!

First, meet the artists and the S2 models they use: 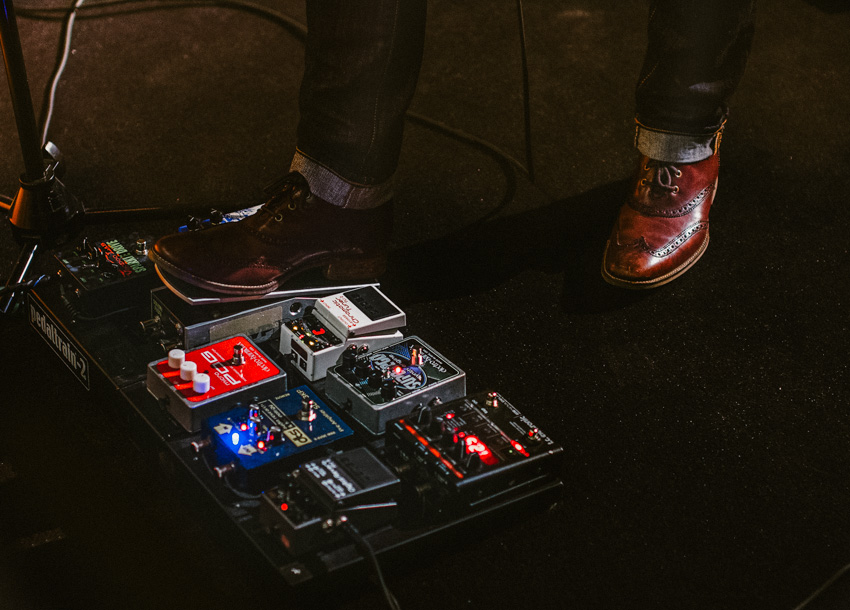 Do you use pedals in your rig or play straight into the amp?

Jack Fowler: I use tons of pedals mainly Strymon, they personally just have the best ones out there!

Anthony Del Grosso: Yes I do, I actually use a Strymon Big Reverb and Timeline Delay pedal.

Josh McSwain: I'm currently using a Line 6 Helix for fx or a Fractal Axe-Fx II XL, I keep switching between the 2.

Miguel Cardona: I use an Axe-FX II with an MFC-101 MIDI foot switch controller. I have over 100+ effects that come out from my Axe Fx to my MFC controller.

Dave Knudson: Haha, is this a joke question? Anyone that’s seen Minus the Bear play knows that I have a pretty large pedalboard that I kind of use as its own instrument. I have a slew of sampling and looping pedals so I can create riffs that wouldn’t be able to be played on the guitar. Backwards, double time, stutter-y retriggering—I love trying to make my guitar sound like anything but a guitar. I’m a sucker for clean boosts, delays, harmonizers—the whole shebang. 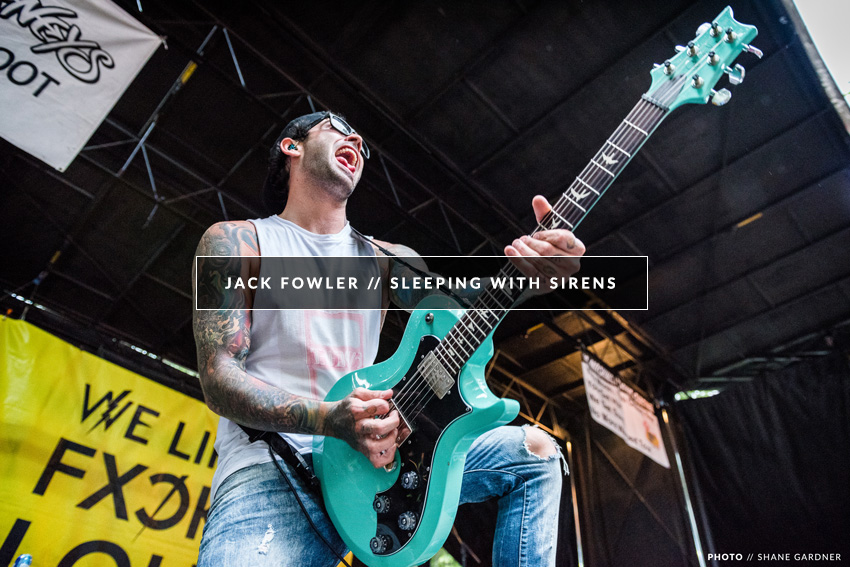 What’s your favorite song to play live and why?

Jack Fowler: I love playing the fast and heavy songs like Kick Me, but honestly the new songs we have coming out are probably the best we've ever written.

Anthony Del Grosso: I love playing our opening song “Pull Me Out.”

Josh McSwain: My favorite song to play live is our song "Carolina." It's been our biggest hit so far and our first #1 on the charts. It's just fun to play because so many people know it and get into it.

Miguel Cardona: I love playing our song "Pleasure Paradise" off of our album HELP! because It puts the biggest smile on my face.

Dave Knudson: “Knights” from Planet of Ice is a really fun one for some of the reasons above (playing with tons of effects). The main riff is made up of two samples that I re-trigger in time with the music. Plus it has a pretty fun lead part where I get to go wild and have fun with the crowd. I’ve got to say that “Invisible” off of our new LP, VOIDS, is another really fun one. Lots of energetic tapping riffs and a great sing-a-long chorus that the crowd really gets into. 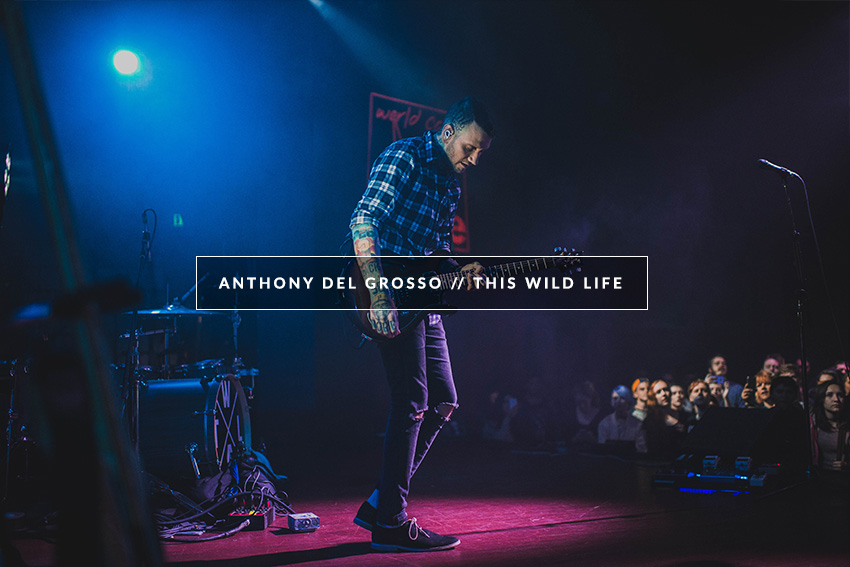 Jack Fowler: 2016 Reading Festival was probably my favorite, just a sea of people. Falling on stage always sucks but that's the beers fault!

Anthony Del Grosso: Goof? Geez what story do I even tell here? My guitar was out of tune because my tuning pedal went to 442 and it took me a few minutes to realize it.

Josh McSwain: Greatest moment on stage was probably the first time we played the Grand Ole Opry. Emotions were running high that night and all of our families had come to see us. Biggest goof ever on stage was back in the early days in a night club where "someone" pulled my speaker cord causing an amp stack to fall backwards through a window and onto the street. That'll stop a show real quick.

Miguel Cardona: We were playing in a venue called "The Backbooth" the show was packed full from door to door so I decided I wanted to climb on top of some heads and turn around and watch my own band play.

Dave Knudson: From a fanboy perspective, one of my favorite moments was playing in Hawaii a few years ago and having Kirk from Metallica watching us from the side stage balcony. He was a super sweet guy, I hope I didn’t freak him out with my excitement… There have been tons of great shows and festivals, Bonnaroo being one of my faves. 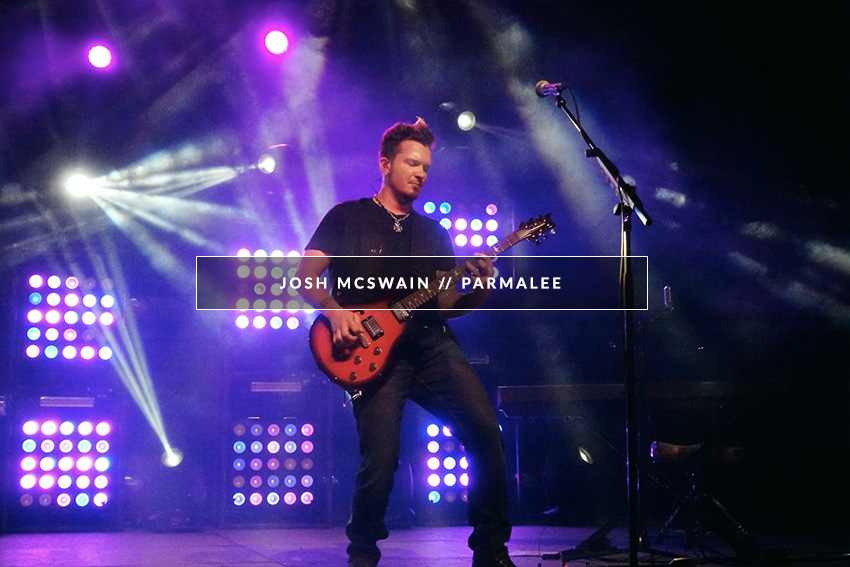 What inspires a new song idea and how do you jot it down?

Jack Fowler: Just play and play, eventually something amazing will come out of it!

Anthony Del Grosso: Meeting other musicians and touring with other bands gives you a lot of inspiration. I try to write a new riff every day and record it on my voice memos.

Josh McSwain: Song ideas come to me in my sleep a lot; sometimes you have to wake up and write them down real quick before you forget them, or sing a little melody into your phone.

Miguel Cardona: The vibe I surround myself with, it could be a place, person, or song. Then I try to put that same feeling out through a riff.

Dave Knudson: Normally the idea for a song will come when I’m just sitting around dinking around casually with a guitar. Sometimes my fingers get some mojo and I just run with it. Write the main riff and expand on it from there. I really enjoy writing without an amp on an electric or semi-hollow body when the song is being created. If it sounds great like that, it can only get better when you plug in and start adding effects and volume. 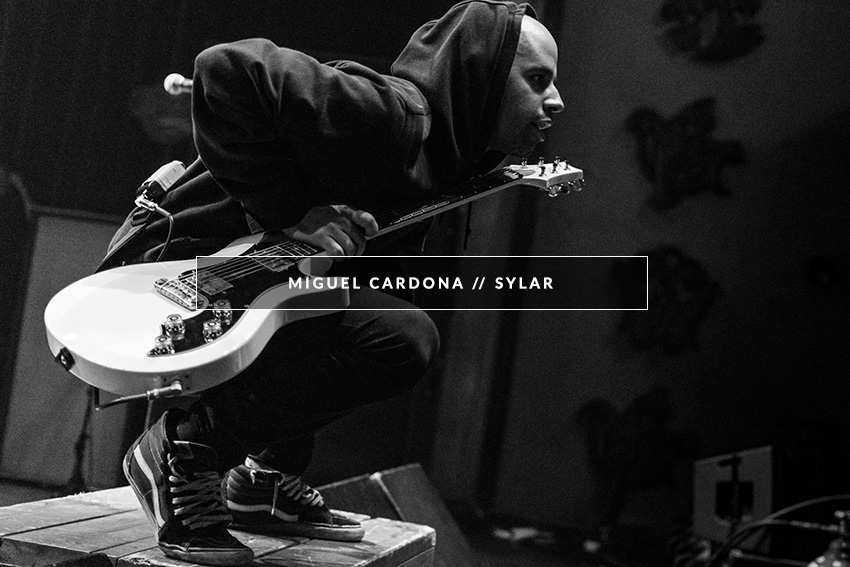 Jack Fowler: Union Chapel Acoustic show in London, 1500 people in a church! We played our acoustic album front to back and it was one big sing along.

Anthony Del Grosso: First sold out show at the Troubadour in LA.

Josh McSwain: Stagecoach festival in CA was probably my favorite gig. So many people!

Miguel Cardona: Same gig that had my "greatest moment on stage" which was at "The Backbooth" with a band called Beartooth.

Dave Knudson: The first time we played the Electric Factory in Philadelphia was pretty magical. The place was packed, it was after our LP OMNI had just come out and we felt the energy. The crowd was going bananas and after the start of each song the place exploded in voices and cheers. Philly is one of my favorite cities to play on tour. 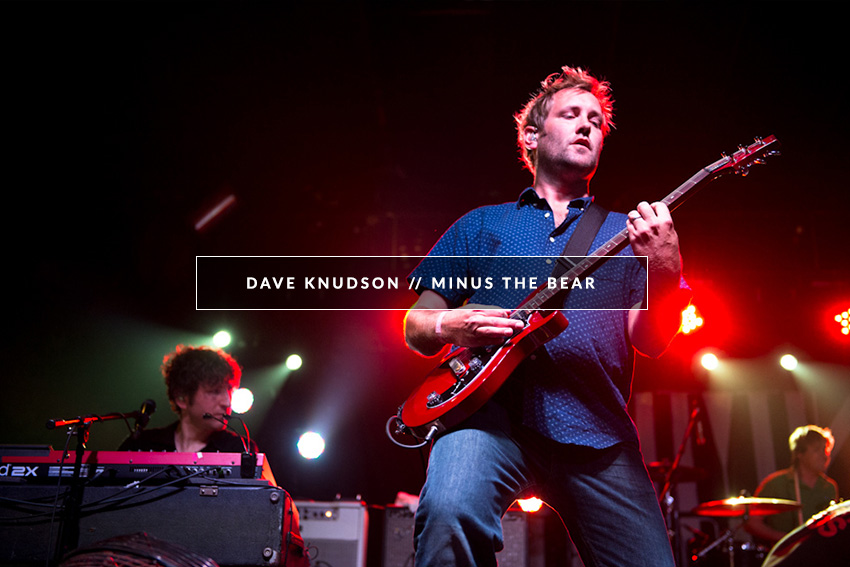 What aspects of your S2 guitar drew you to it?

Jack Fowler: I immediately fell in love with them, just something about the look and playability. I love to get them and re-paint them and tear them up and make them one of a kind! Very snappy aggressive sounds, perfect for what we do live. Also amazing cleans for when we play our poppy stuff, overall great guitar!

Anthony Del Grosso: I’m constantly searching for an extremely clean tone and I finally found that with the S2.

Josh McSwain: I love my S2's. They stay in tune great and have a great clarity and resonance. I especially like the Singlecut Semi-Hollow. To be as light as they are they really have a great tone.

Miguel Cardona: I was just looking for something with a vintage look to it. Now it's my favorite guitar. Her name is "RITA".

Dave Knudson: It’s no secret I’m a massive PRS lover. The new LP was recorded almost entirely on my McCarty Goldtop and Custom 24. The S2 series guitars are great weapons live for me. They’re light but retain all the great tone of the other models and I especially love the look and shape of the Mira. I’ll have my white S2 Mira with me on this tour and it’ll be a workhorse.

Connect with the artists in this story on Instagram!

Click HERE to get an in-depth look at our S2 models!