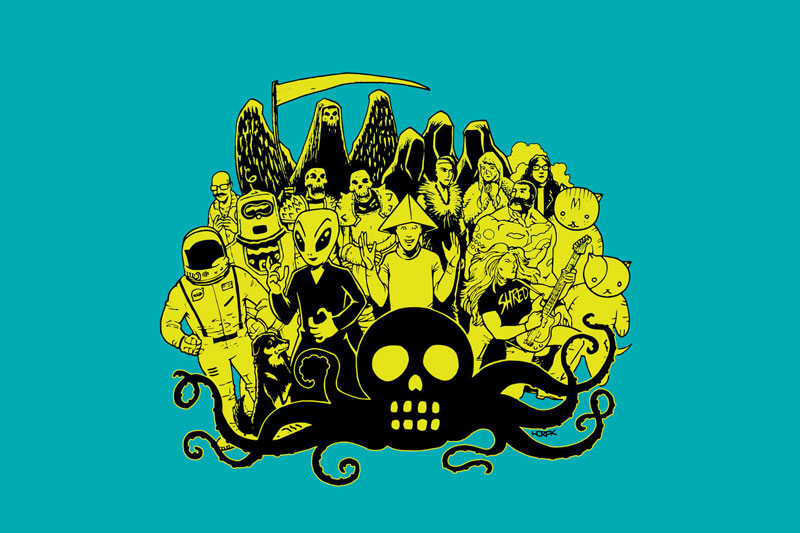 Here's how they sum-up the event:

”EarthQuaker Day is two parts music festival, three parts customer appreciation day, one-part effects pedal factory open house, one-part guitar show, one-part art installation, and one-part street fair; with a pinch of carnival fun & games, and a side of bazaar - a collection of like-minded, enthusiastic, and talented individuals coming together for one day on August 4, 2018 in celebration of the quirkiness, innovation, and “anything goes” attitude that makes Akron, Ohio the-heart-of-it-all in The Heart of It All - a wonderful place to live and work.” - EarthQuaker Devices

This year PRS sponsored a riff contest at EarthQuaker Day that resulted in one lucky shredder taking home their very own PRS S2 Standard 22.

Here's some quick info on the contest:

At the end of the day, our winner John Zazo stood tall. Here's the man himself holding his new grand prize, an S2 Standard 22 in Frost Blue Metallic. To the victor go the spoils: 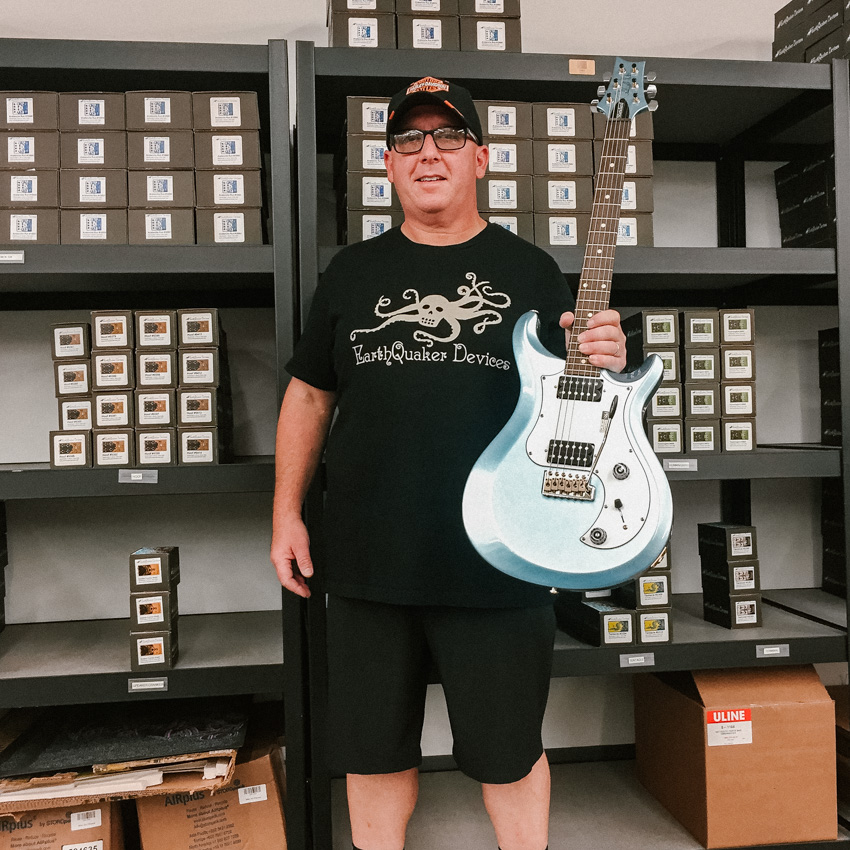 John took some time to answer a few questions about his history as a guitarist and how he ended up winning big at EarthQuaker Day:

PRS: How long have you been playing?

John: I started when I was around 12 years old. My first guitar teacher; I hated it. He was teaching me how to read music and how to play properly and I just couldn’t get into it. I was a young kid listening to AC/DC, Led Zeppelin and all that. So I had no interest the first six months. I’d skip lessons. I met this other guy who taught there, and he asked me how I liked it, and I said, “I don’t like it.” I went to him and he started teaching me the stuff I liked, and I just totally absorbed myself in it for years. I raised a family and took a long period off. I think it was like 17 years.

PRS: Who are your guitar heroes?

John: I’d say Jimmy Page and Angus Young were early influences. Towards the end of high school I started getting into Yngwie Malmsteen and I loved his classical influence, so I absorbed myself into him for a long time and he’s probably still my favorite player to this day.

PRS: Did you prepare for the contest? If so, how?

John: My wife Gina told me all the rules and when she originally asked me about signing up I said, “No, don’t sign me up. I don’t have time for that.” As far as the prep goes, I took this attitude that I just wanted to have fun doing it. I practiced very little because I had an idea what I wanted to do, and the idea was to show that I had some technical skill and play something people could bob their heads to. I put in some blues licks and some harmonic minor stuff then I went back to a groovy rhythm. I played this for Gina and she timed me - it was almost a minute. I didn’t overdo it because sometimes you can play something over and over and you mess it up and you think about all the mistakes and when you get back to that part, your brain’s thinking, “this is where you messed up before.” I’d play it a couple times, then I’d leave it.

PRS: What did you think of your competition?

John: I didn’t have an opportunity to go every Friday and scout the competition. I got to one of them because I work late. When I first went up, I felt like there was a lot of nerves about the 30 seconds to get the sound dialed in. A lot of the guys got wrapped up in that a little bit too much. My approach was that I’m not going to have the perfect sound in 30 seconds, because I know how long you can sit with a pedal. I listened to the guys who played before me and I knew what pedals they were using, and I was like, “Well, I like this part of it, and I like that part of it,” so my approach was to go up there, get a sound I was happy with and move on and not overdo it. As far as the competition goes, there were a few players where I started pacing back and forth because I was like, “these guys are pretty good.” And there was a huge variety of styles that day. I like a riff where you can get into it. I saw an old interview with Eddie Van Halen and they were asking him about the songs he writes and they’re going on about his technical skill, and he’s like, “How about writing a song you can dance to?”

PRS: How’d you like your prize of a PRS guitar?

John: I love it! I think the first thing I liked about PRS - well first of all, I asked Gina - we talk about gear all the time. She knows a lot about gear from us just hanging together. I asked her one day, “If you were going to play one guitar, what kind would you play?” And she said, “I’d play a Paul Reed Smith.” As the time I didn’t have any PRS. I always loved how they looked. They’re just beautiful to look at. After that I started to dig into PRS videos because of her answer. Then I saw some videos with Paul and this guy’s obsessed! I watched some long videos where he’s tapping on wood and he’s obsessed with making the best instrument possible, period. I have three PRS guitars now, counting this one, and I gave one to my son for his birthday.

Check out the video below of John grabbing the grand prize!

Big thanks to EarthQuaker Devices for including us in such an awesome event! Another big thanks to all attendees and participants in the riff contest, rock on!