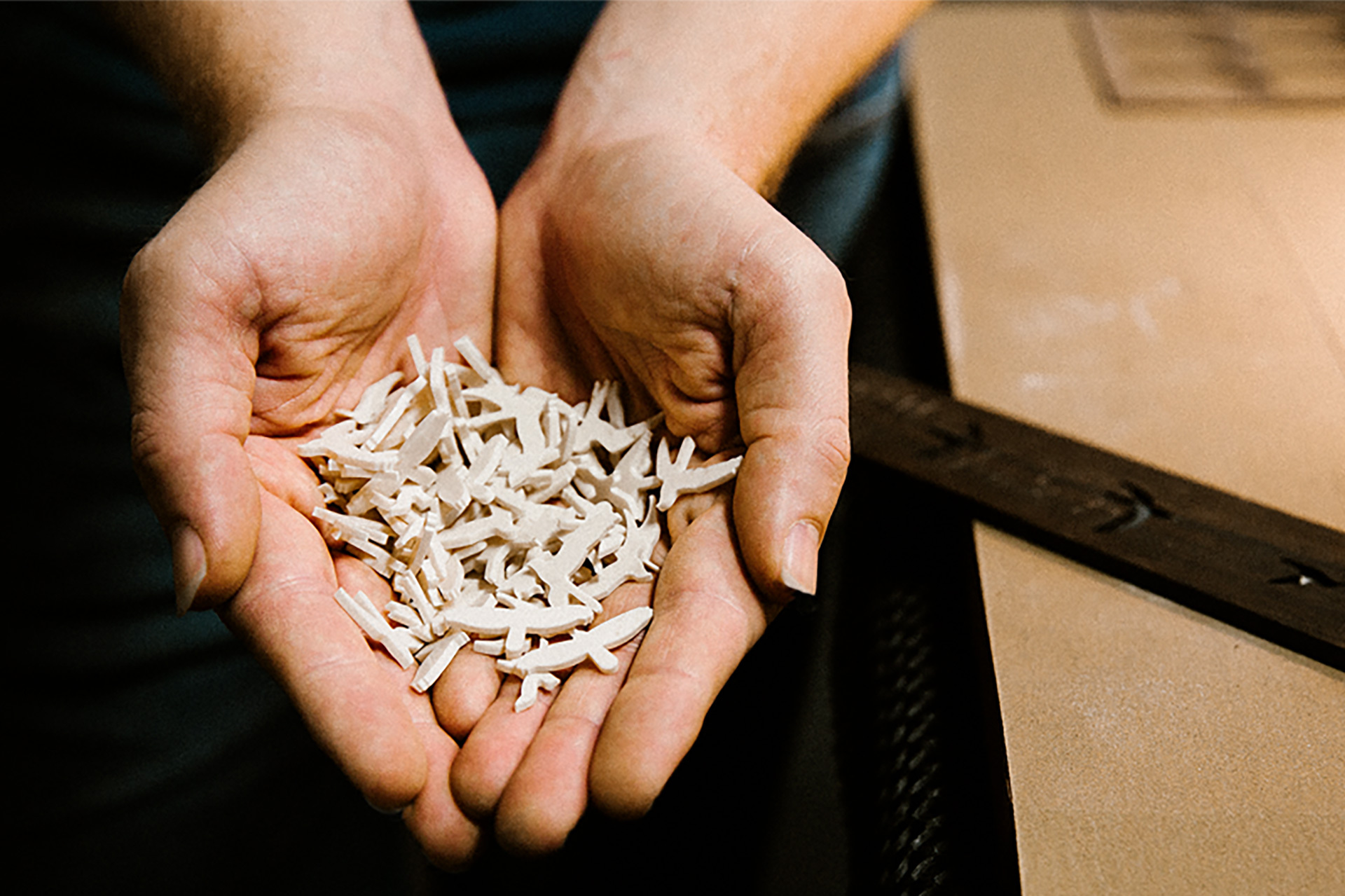 The PRS bird inlays are one of the most recognizable trademarks of our brand, but you may be wondering, why birds? We chatted with Paul Reed Smith about the history behind his decision and why it has stuck with our company for 32+ years.

“My mother was a bird watcher,” said Paul Reed Smith.

When Paul was a young boy, his mother would take him and his siblings birdwatching, and occasionally to the Smithsonian in Washington, D.C. Paul recalled, “At the time, the Smithsonian allowed you to take out a record like a book from a library, we would get records of bird songs and listen to them. At night, we would listen to the birds in our rooms with the windows open, these were nightbird songs, whip-poor-wills.”

“My mom really knew and loved birds and exposed us to them,” he mentioned. “One time there were a few starlings in our backyard and my mom went off, she said, ’This is going to be a problem, those are scouts.’ We said, 'What do you mean?' She said, 'They're searching for a place for the entire huge flock.' In the next few days, sure enough, thousands of starlings were in our backyard terrorizing every other bird in the yard and eating everything. My mother called it, she knew what was going to happen. She called them flying rats. It was loud and raucus and we watched them fight with the cardinals and the robins.”

In April of 1976, 9 years before the official foundation of PRS Guitars, Paul was 20 years old and was building a guitar for rock musician Peter Frampton. “When it came time to put inlays on the fretboard,” Paul said, “I didn’t even have to think about it, I just went down to the store, bought a bird guide, and started designing inlays.”

^ Paul Smith holds the first guitar with bird-inlays, built for Peter Frampton in 1976.

Some of the birds were tricky to get right, so Paul invited a few friends over to help him draw some of the more difficult birds. “The ones that took the most revisions and thought were the 15th, 17th and 21st fret birds. Still to this day, people refer to the 24-fret bird as a ‘flying turtle,’ (which I can't see). It’s really an owl on a stick.”

Starting from the nut the birds are:

^ Peter Frampton's 76' PRS was purchased back by the company and now resides in the West Street East Museum Room at the PRS factory in Maryland.

Paul cut these first bird inlays for Frampton's guitar from old pearl piano keys, cut by hand with a fine-tooth saw. Paul soon filed paperwork to copyright and trademark his unique design. The original paperwork is kept in a large fireproof safe in his office.

Over time, the PRS bird inlays have experienced a number of re-draws and artistic variations, but the foundation of Paul’s original designs have remained consistent.

^ George, a PRS employee, places and glues birds into our fretboards by hand.

It’s amazing how many versions we have done and how people pick their favorites,” Paul says. “The hollow J-birds are beloved as tattoos."

Here are some other variations of PRS bird inlays over the years:

Paul mentions, “A lot of people have contributed over the years and continue to contribute to these designs. I love it.”

When Paul is out at clinics and meeting customers, he will often come across folks with "the birds" tattooed on themselves. He always takes a picture and has us post them online.

“I never thought people would order the bird inlays in any quantity” Paul recalled. “In 1985 we offered birds and moons, and I thought only 25% of orders would be birds. That's not what happened, and I never really understood it until I realized why they caught on, birds are in everybody’s backyard. There’s something about them that works - they are animals that fly and have real grace. I’m grateful that the world accepted them.”

If you're also a fan of the birds (but maybe don't want to tattoo them on your body), check out some PRS shirts & straps with birds on them!