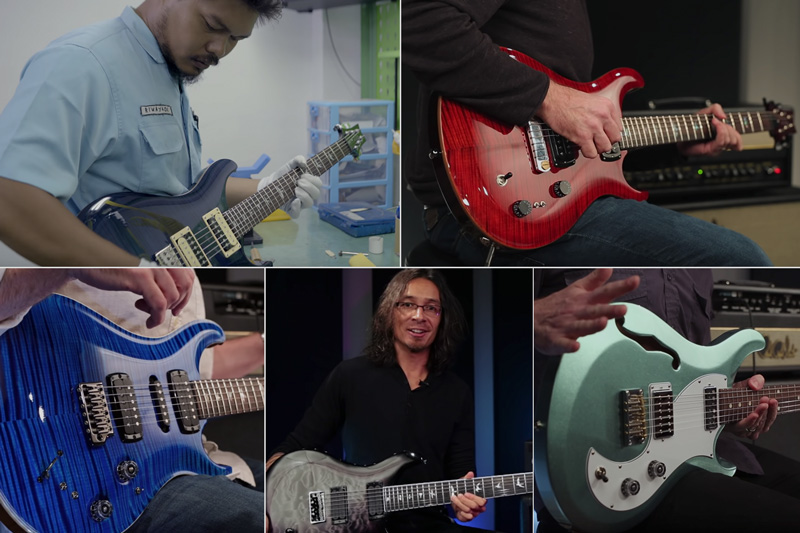 As the year draws to a close, we are looking back on the most viewed PRS YouTube videos of 2019. From product demos to factory tours, below we recap the top 5 videos PRS-fans have viewed the most.

The S2 Vela Semi-Hollow was released in May 2019 and quickly became a PRS fan favorite; likely due to its cool offset semi-hollow construction, but also because PRS product demonstrator Bryan Ewald took this guitar for a serious spin in the demo below.

Some would argue that the 7-string counterpart to Mark Holcomb's signature 6-string model was the most requested PRS of the year. We had the pleasure of hosting Mark Holcomb at the PRS factory for a special demo of his new 7-string model. Get a look into the development of the SE Mark Holcomb SVN below.

Historically, PRS Modern Eagle instruments have celebrated innovation and new tones. This 120-piece Private Stock limited run features a versatile five-coil pickup configuration for a vast array of tones in one guitar, well, 17 to be exact. Bryan Ewald plays a quick snippet of each accessible pickup position below.

In the video below, Bryan Ewald says it best, "When you're Paul Reed Smith, what kind of PRS guitar do you play? The answer is any kind you want." Indeed the SE Paul's Guitar features Paul's favorite specs in a solidbody electric guitar, at a new and more affordable price point. Watch the demo below for a closer look at the features that make this SE instrument unique.

As a company, one of the highlights of our year was the introduction of a dedicated factory in Surabaya, Indonesia exclusively making PRS SE guitars. That means we have a dedicated engineering staff, process control, quality control, factory management, and the guitar builders themselves solely dedicated to making our gear. We've created a factory tour to bring PRS-fans behind the scenes of our SE production.

While our product demos are very popular, here at PRS we also put out other great pieces of original content like our "From The Archives" series, the recently announced artist Q&A "Feedback Loop," and other cool stuff!