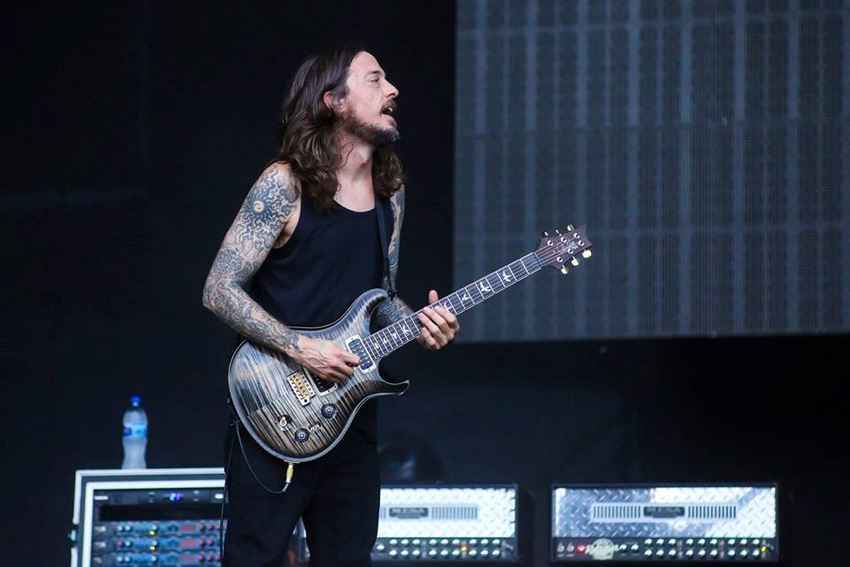 To honor their 30th Anniversary, and in an effort to include all of their fans in the celebration, 311 have announced that they will play concerts in all 50 U.S. States this year. Their "50 Dates in 50 States" tour kicked off with a bang on February 20th at one of the world’s biggest parties - Mardis Gras.

From there, other highlights will include a record setting, sold-out run of 3 nights of their biennial 311 DAY fan celebration event in Las Vegas, Nevada. There the band will play 90 different songs over a 3 night run that will also be available by Live Webcast via Live311.com.

We interviewed 311 guitarist and PRS artist Tim Mahoney to learn more about the band's upcoming tour, his favorite PRS gear, and what it takes to keep a band together for 30 years!

PRS: Was the idea for a complete national run of shows something the band cooked up for the anniversary or an idea that had been floating around already?

PRS: In addition to this huge tour, the band is maintaining its observance of 311 day (March 11th) with a 3-day run in Las Vegas. Historically these holiday gigs have seen setlists ranging from 45 – 90 songs! How does preparation for these shows differ from a typical 311 tour stop?

TM: 311 Day 2020 will be our first three day 311 Day. The goal is to play at least 100 songs spanning our 30 years over the course of the three day event. Between the amount of songs, show production, and special moments, it’s by far the most preparation intensive show we do. We’ve been working for the past couple months getting ready. It’s a mental and physical workout, but it’s especially fun to play the songs that don’t get played too often.

PRS: We’ve enjoyed a long relationship with you stretching back into the early 90’s. You’ve played CEs, Standards, Customs and of course the Tim Mahoney signature SE, what is your current “number one” PRS in the studio or out on the road?

TM: My “number one” PRS is a light blue Standard (1999) with custom Tiki headstock inlay named Ol’ Blue. It’s been on every 311 album since its birth. Another favorite, especially for recording, is my silverburst Signature Limited (2012).

PRS: Should we anticipate any new 311 releases in the near future? Perhaps a live album from this anniversary tour or a studio follow-up to 2019’s Voyager?

TM: This year is all about playing live and celebrating 30 years. Although we do have a few blocks of time set aside for new music writing and recording, the soonest for any new release would be 2021.

TM: It’s funny because some aspects are sort of like a marriage, and others like having 4 brothers. It takes work and a willingness to be a team player. I think a few of the keys are that we get along socially and still enjoy each other’s songwriting. Plus, for as long as I can remember we have implemented the “Sham” (ro sham bo / rock, paper, scissors) to resolve any smaller “first dibs” issues that arise.

Catch the tour dates and more at www.311.com