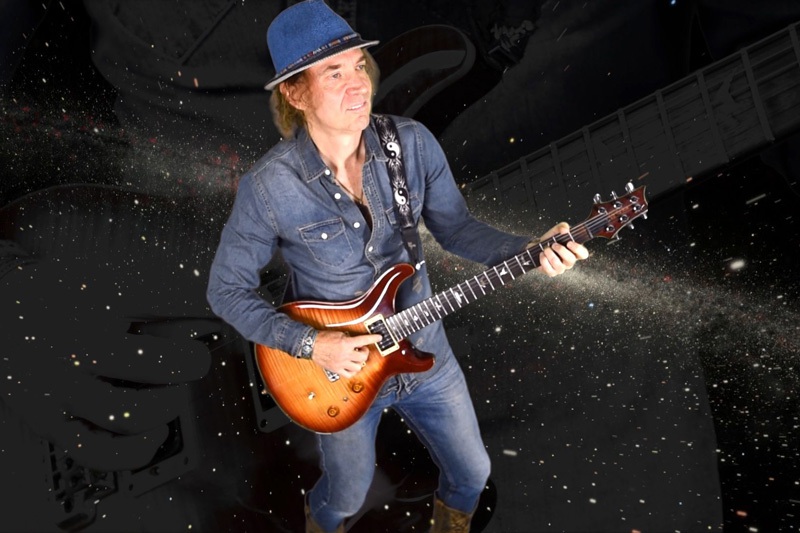 Baltimore area guitar veteran and long-time PRS endorsee Tobias Hurwitz is contributing his talents to an exciting project that blurs the lines between entertainment and medicine. Hurwitz has been hard at work in his home studio composing the soundtrack for I Am Dolphin 2, an audio-visual game experience designed for patients recovering from strokes. The game is part of MindPod a unique rehabilitative platform developed by The Kata Design Studio at the Johns Hopkins School of Medicine and MSquare Healthcare.

The system revolves around real-time control of fluid on-screen animations via body gestures. In the case of I am Dolphin 2, the patient assumes control of a dolphin with their arms. The idea is to exploit the “healing window” a critical period in the immediate aftermath of neurological trauma when the brain is most capable of self-repair. I am Dolphin 2 is intuitive, minimizing the learning curve and encouraging prolonged therapeutic motion. The undersea setting is intended to be mysterious and motivating, and music plays a huge part in creating that atmosphere.

Hurwitz was given a tight deadline and only a few brief “emotional targets” for what the mood should be on each track. Using his Custom 24, a Silver Sky and a wide array of studio gear, he produced the soundtrack in about ten weeks. A mix of careful orchestration and improvisation, the soundtrack includes seven songs, as well as six “stingers” or short transitional pieces. The seven original full-length tracks are being remastered and made available to the general public. The first two singles “Leviathan Warrior” and “Level 6” are out now on all major streaming platforms under Tobias’s name. Keep and eye and an ear out for the next five as they release.

Dr. Omar Ahmad, Director of Innovative Engineering in the department of Neurology at Johns Hopkins, had this to say about Tobias' work on the soundtrack:

“Therapists and patients alike absolutely love the seven songs. The emotional targets Tobias hit are so spot on, it elicits a wonderful positive reaction by the players who often comment specifically about the music. This is an exciting new world where musical talent merges with engineering and healthcare.”