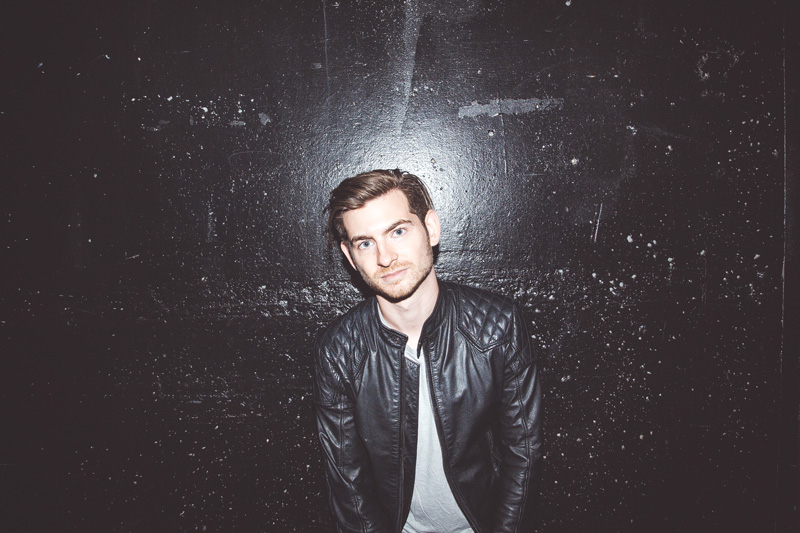 Matt Lange is a music producer and DJ based in Los Angeles. He produces mainly electronic music but interestingly is able to blend in live guitar elements to his music. We took some time to ask Matt questions about his unique music, PRS guitars, and ability to blend the two. Check out our interview with Matt below! -- PRS: What's your background as a musician? ML: I’m a music producer, composer, sound designer, DJ, and pretty much any other hat I need to wear on any given day. I’ve been an avid guitarist for 16 years now. I first started off playing in a high school hardcore band before eventually going to Berklee College Of Music to study music production. After graduating I worked for the producer BT, co-writing and co-producing projects such as his Grammy nominated album, “These Hopeful Machines,” and the score for the Pixar short film, Cars Toons: Tokyo Mater. Since then I’ve gone on to earn a Double Platinum record in Canada for a track called “Goodbye” that I wrote and produced with Glenn Morrison, I’ve written music for multiple video games and film, remixed artists such as Usher and Imogen Heap, and have produced numerous other artists as well. I currently release my own personal music though deadmau5’s mau5trap label, and I tour regularly performing it. PRS: Why did you choose electronic music? ML: Ultimately, electronic music is a means to an end for me, although I find it hard to categorize myself as purely electronic. My favorite sonic world to live in is the hybrid in between traditional instruments and modern DSP: essentially using the best of both worlds. It’s very hard for me to get inspired inside of computer and a guitar is my most natural form of inspiration. That said, I’m completely indebted to the power and versatility of digital editing, pro tools, and all the more esoteric forms processing and synthesis available only in a digital medium. For me, it’s freedom, and the ability to create whatever sound I hear in my head, acoustic or synthetic, with the only true restraint being my own creativity. PRS: Your go to guitar is a PRS 7-string. Why did you choose PRS and does the 7-string help you acheive the sound you're looking for? ML: I’ve always loved the tone of a PRS. The 25” scale length just lends it self to such a wonderful singing and midrangey tone. That’s not to ignore the fact of how visually beautiful they are as well. I used to stand in guitar center when I was 14 drooling at the PRS Dragon’s they had suspended way above anyone’s reach. In particular, what made the PRS SE Custom 24 7 string so appealing to me was the 25” scale length alongside the extended range of the guitar, which keeps it extremely comfortable to play. I’ve had other 7 strings that are a bit longer, heavier, less comfortable to play, and which frankly didn’t sound as good either, and now they just sit in a corner. It seems silly almost to put it this way, but PRS 7 string just feels right. It’s incredibly inspirational to play, sounds beautiful, and while it sure sounds like an extended range guitar, it’s just as comfortable as your standard 6 string. The push/pull pot is incredibly useful too for it’s tonal versatility. I use it all... and it’s pretty. PRS: You’ve also been known to use a PRS SE Kingfisher 4-string bass… tell us a little about this instrument and applications for the music you are producing. ML: The SE Kingfisher is my main electric bass. It just sounds amazing, simple as that. It’s very modern and clean sounding, which is what I personally prefer. It also sits great in a mix without having to do much mix work around it. A lot of times I’ll use the Kingfisher to play guitar parts for a bit of tonal variety, and I also use it to double synthetic bass lines or rhythmic guitar parts to thicken up the overall sound it give it a more lively texture. PRS: Tell us a bit about your new album and tunes that you relied on your PRS’ for. ML: Ephemera was released in September. It’s definitely a transitional album for me as one side of it is rooted in dance floor material, and the other side is more cinematic, downtempo and vocal driven. While I used my PRS’s texturally and in very highly processed and unrecognizable ways in the techno tracks, the cinematic side of the album is where they shine the most obviously. Lying To Myself, which is a glitchy downtempo vocal piece uses the guitars pretty supplementally, mostly as little fills and turnarounds. Inside My Head, however, has guitars all over the entire thing. There are lots of very obvious and traditional uses of guitars in there, but also lots of the sound fx, impacts, etc, were created also with the PRS SE 7 string. Additionally, in the past year I also wrote music for 2 different video games, Counterstrike: Global Offensive and DOTA 2, both of which use the SE Custom 24 7 string and the Kingfisher in much more aggressive and industrial ways. CONNECT WITH MATT Facebook // Twitter // Instagram
← Back To Blog