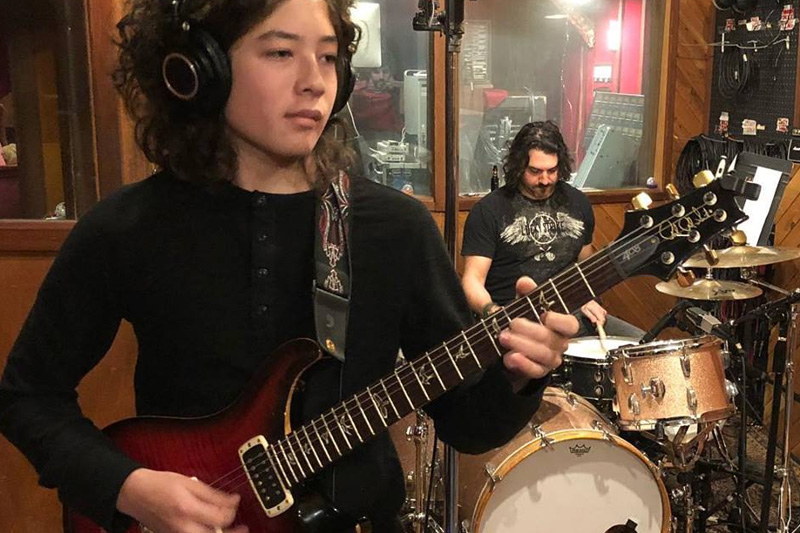 Despite his youthful appearance, songwriter and guitarist Xander Marsden has already been playing and composing for over half of his life. Starting off a rock and blues influenced guitarist, Xander also frequently involved himself with metal, jazz and pop projects. Today he’s applauded as a well rounded musician – able to create powerfully melodic lines no matter the musical styling and always remaining mindful of what the song needs rather than playing to impress. Moving quickly at a young age, Xander had the opportunity to play many of the famous LA and Hollywood venues like The Whisky A Go Go, Viper Room, Hard Rock Hollywood, Molly Malone’s, The Kibitz Room and more. Before becoming a teenager, Xander has had the good fortune of playing with or learn from some of today's most highly regarded greatest guitarists, including Steve Vai, Joe Bonamassa, Monte Pittman and Robben Ford.

Xander skills have crossed over to songwriting, drumming, and bass playing. He loves working in the studio behind the recording desk, engineering, recording, and producing. Xander looks forward to a bright future of sharing his own unique music with the world.

Learn more about Xander at www.xandermarsden.com.